Chuck Levin's Washington Music Center was founded in 1958 by Chuck and Marge Levin. The store was originally located at 12th and H Streets in downtown Washington, D.C. Through Chuck and Marge's honest and hard working efforts, the modest mom and pop shop became a DC institution. No musician could pass through DC without a stop at "Chuck's." In April of 1968, that location was burned to the ground during the riots following the assassination of Martin Luther King, Jr. With the help of close industry friends and local support, Washington Music Center resumed operations only two months later at the current location on Veirs Mill Road in Wheaton, Maryland.

Since, 'Chuck's" has grown into the top Independent Music store in the industry. Building on Chuck's own work-ethic, Washington Music Center has become an example of honest opinions, reliable advice, personal attention to detail, good will, and customer satisfaction matched with huge inventory and great prices.

About Us
Contact Us
Dealer Locator
Our Catalog
Site Map 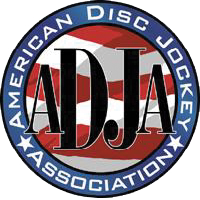